Arusha, the gateway to the world famous game sanctuaries of Serengeti, Ngorongoro, Tarangire and Lake Manyara, is one of the oldest towns in Tanzania. From a tiny German garrison in 1900, Arusha has grown to become the tourist capital of Tanzania with a population of about 400,000 people. 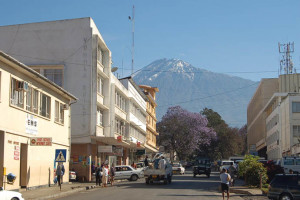 At 1,540 metres above sea level, Arusha enjoys a very agreeable climate throughout the year. Positioned at the centre of Africa between the Cape and Cairo on the Great North Road, Arusha is the administrative seat of the East African Community made up of Tanzania, Kenya and Uganda.

Arusha offers an excellent opportunity for authentic souvenirs shopping, including the bold Makonde carvings, and the colourful Tinga Tinga works and batiks.
Tanzanite, the native gemstone of Arusha, and one of the most beautiful and exciting gems to come from Africa, is sold in all gemstone shops in town alongside other locally mined stones like Ruby, Rhodolite and Tourmaline.
Tanzanite was first discovered in 1967, some 40 kilometres to the southeast of Arusha at Mererani. To date Mererani remains the only commercially viable source for Tanzanite in the world. Tanzanite was named after Tanzania.

With an area of 137 sq. km, Arusha National Park is one of the smaller and most beautiful National Parks in Tanzania. Situated only 37 km from Arusha town, the park is very popular for day trips. The Ngurdoto Crater, Momela Lakes, the highland montane forest, and the rugged Mount Meru (4575 m above sea level) are the four distinctive features of the park. Mt. Kilimanjaro, towering at 5895 m to the east, can be visible on clear days from many locations in the park. One of the unique attractions of the park is the opportunity to combine game drives and a nature walk in the many places where visitors can leave their safari vehicles and walk in the fresh air. 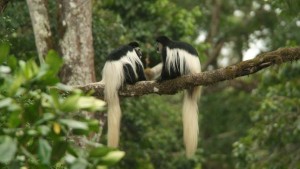 The most common animals found in this park are the Abyssinian black and white colobus monkeys, the Vervet monkeys, the red forest duikers, hippos, elephants, giraffes, buffaloes, bushbucks and sometimes the leopard. More than 400 species of birds have been recorded in the park including Eurasian migrants, which can be seen between October and April. Mount Meru 4575 m can be scaled in three to four days, with overnight accommodation in alpine huts on your way up and down. 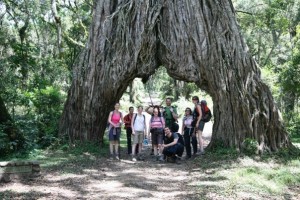