Forming the northern border of Africa’s biggest game reserve, the Selous, Mikumi National Park is only three to four hours drive from Dar es Salaam, lying astride the main highway to Zambia, and en route to the National Parks of Ruaha and Udzungwa Mountains. The main feature of the park is the Mikumi flood plain, along with the mountain ranges that border the park on two sides. Open grasslands dominate in the flood plain, eventually merging with the miombo woodland covering the lower hills. 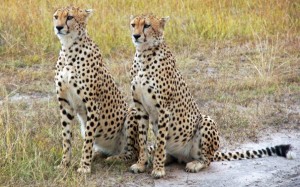 The park is rich in wildlife. And animals like buffaloes, hippos, baboons, sable antelopes, lions, wild dogs, wildebeests, zebras, impalas, giraffe, warthogs, and elephants which can easily be viewed all the year round. Reptiles including crocodiles, monitor lizards and pythons are also resident in the park. Over 300 species of bird have been recorded some of which are Eurasian migrants. 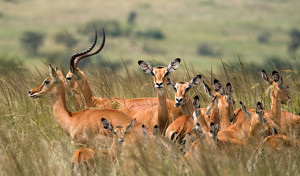 Ruaha National Park derives its name from the Ruaha River, which flows along its south eastern border. The river provides permanent water in the park and, during the dry season, animal concentration along its banks is spectacular. 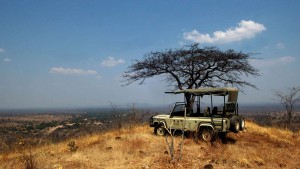 Ruaha National Park is about two to three hours drive from Iringa, a famous town on the Dar es Salaam to Zambia highway, and covers an area of 12, 950sq km, making it the second largest National Park in Tanzania, after Serengeti. This unspoilt wilderness is rich in flora (about 1650 plant species) and fauna, and contains a wide variety of animals that includes Greater and Lesser Kudu, roan and sable antelopes, which are rarely seen in most other game parks especially in Northern Tanzania. Ruaha National Park is famous for its herds of elephant and buffaloes. 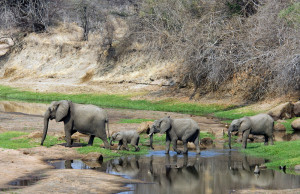 The Ruaha River, which plays an important role in the ecosystem of the park, provides sanctuary to a large number of hippos and crocodiles. During the dry season the river attracts great quantities of game including lions, leopard, hunting or wild dog, impala, waterbuck, warthog, giraffe, and elands. In the plains ostriches, cheetahs and Grants Gazelles can be seen. The park is rich in bird life throughout the year, with over 370 bird species recorded. The best time for game viewing is during the dry season, from May to December. During the wet months from January to April some tracks become impassable.