Located only 130 km north of Dar es Salaam and directly to the west of Zanzibar, Saadani is the only coastal wildlife sanctuary in East Africa, which not only means relaxing on Indian Ocean beaches after each safari, but provides the opportunity to observe Africa’s big game and birdlife interacting with the sea. The Reserve, about 1000 sq. km in size, is being considered for upgrade to the National Park status. 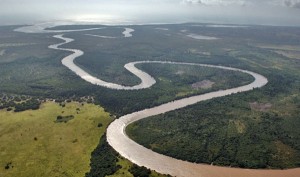 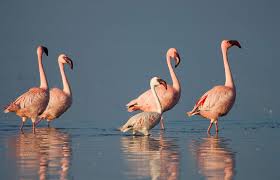 The Selous Game Reserve, with an area of about 55,000 sq. km, is the largest well-watered wildlife sanctuary in Africa, and one of the largest protected areas in the world. Its size is simply stunning, bigger than Switzerland, uninhabited and little touched by human interference. It is perhaps the most pristine wilderness still remaining in Africa, with a wide variety of wildlife habitats, including open grasslands, Acacia and miombo woodlands, swamps and riverine forests in the many tributaries of the mighty Rufiji River which flows through the reserve. Due to its unique ecological importance, it was designated a World Heritage Site by the United Nations, in 1982. 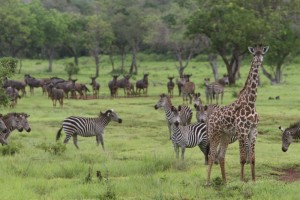 Its wildlife is spectacular, with some of its mammal and reptile populations are the largest in Africa, namely buffaloes, elephants, hippos, wild dogs and crocodiles. Other wildlife include the wildebeest, impala, waterbuck, zebra, eland, the greater kudu, sable antelopes, giraffe, baboon, the vervet and blue monkeys, and the black and white colobus monkey which can be seen in certain riverine forests moving from tree to tree in family groups. There is a large population of predators including lions, leopards, cheetah and the spotted hyena, and about 440 species of birds in the Selous, of both resident and migratory birds.

Named after Captain Frederick Courtney Selous, a legendary 19th century naturalist, explorer and hunter, Selous Game Reserve was founded in 1905. It is situated in the southern part Tanzania, bordered by Mikumi National Park to the northwest and by Udzungwa Mountains National Park and Kibasira Swamp to the west. The greater part of northern Selous is reserved for photographic safaris and it is one of the most beautiful and game rich areas in the whole ecosystem. 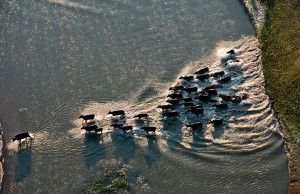 The Selous wilderness meets the kind of dream visitors have of Africa of the early European explorers like Dr. Livingstone and Henry Stanley. The Reserve offers a wider variety of game viewing opportunities to the visitor, including the thrilling experience of a foot safari through game inhabited bushes in the company of an armed ranger. The many waterways in the Reserve provide an excellent natural setting for boat safaris, both for game viewing and bird watching. This is in addition to the game drives in 4X4 motor vehicles which, combined with boat and walking safaris, offer an exciting and richer game viewing itinerary unique to the Selous Game Reserve.
The best time to visit the Selous is from June to October. During the long rains, between March and May, some parts of the Selous become impassable and are temporarily closed for game drives.